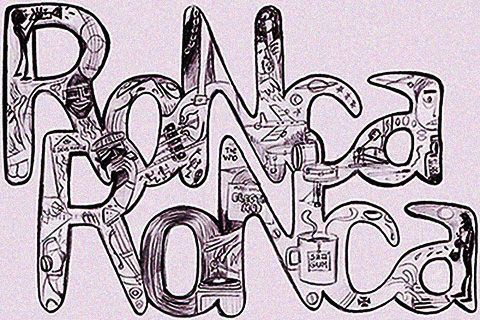 A 17 minute TV special from 1998 on Ivor Cutler – by Ivor Cutler. Directed by Ewan Morrison for STV’s weekly arts Programme Don’t Look Down.

Ivor Cutler (born Isadore Cutler,[1] 15 January 1923 – 3 March 2006) was a Scottish poet, singer, musician, songwriter and humorist. He became known for his regular performances on BBC radio, and in particular his numerous sessions recorded for John Peel’s influential eponymous late night radio programme (BBC Radio 1), and later for Andy Kershaw’s programme. He appeared in the Beatles’ Magical Mystery Tour film in 1967 and on Neil Innes’ television programmes. Cutler also wrote books for children and adults and was a teacher at A. S. Neill’s Summerhill School and for 30 years in inner-city schools in London. He told Andy Kershaw on his radio show that he also gave private poetry lessons to individuals. In live performances Cutler would often accompany himself on a harmonium. Phyllis King appears on several of his records, and for several years was a part of his concerts. She usually read small phrases but also read a few short stories. The two starred in a BBC radio series, King Cutler, in which they performed their material jointly and singly. Cutler also collaborated with pianist Neil Ardley and singer Robert Wyatt.

Cutler was a noted eccentric, dressing in a distinctive style including plus-fours and hats adorned with many badges, travelling mainly by bicycle and often communicating by means of sticky labels printed with “Cutlerisms”, one of which, “never knowingly understood” came to be applied by supporters and detractors alike (the latter phrase is a play on ‘never knowingly undersold’, the slogan of the John Lewis Partnership). Others included “Kindly disregard”, reserved for official correspondence, and “to remove this label take it off”.[16] The reception room of his home contained some pieces of ivory cutlery, intended as a pun on his name.[17] The hallmarks of Cutler’s work are surreal, bizarre juxtapositions and close attention to small details of existence, all described in seemingly naive language. In performance his delivery was frail, halting and minimally inflected. His writing sometimes edged into whimsy or the macabre. Many of his poems and songs are in the form of conversations delivered as a monologue. In these, one party is often Cutler as a child, a poetic voice which he adopted in order to bypass the intellect. Cutler describes the poverty of his early life and the neglect he experienced from his parents with great stoicism. He expresses acceptance of his lot and gratitude for the basic elements of life, for nature, and for parental love, even though that love might bear the marks of strain. In these works the humour arises from the child’s curiosity and the playful or self-serving lies the parent tells him in instructing him to do a chore or in order to stop the incessant questions.